“Plan ahead, pack your bags, secure your tickets and get broke. Live the life you think you deserve.”

My 8 days and 7 nights Solo Backpacking in Mindanao

I always wanted to backpack a place I never set foot. In July 2015, I booked tickets from Manila to Butuan and Davao to Manila. I think its possible to set a thousand kilometers road trip in Butuan to Davao. Buses to Davao are all over Mindanao. I got 2 different tickets, no itinerary yet and I will deal with it at least 2-3 months before the trip. I purchase an all-in-fare ticket to Butuan for Php 625.00 and back to Manila for Php 500.00. Later I added check-in baggage for Php 224.00 each ticket to suffice my pack and equipment. Its still pretty cheap so I decide to pursue the dream and wait for 7 months.

Finally, its almost a month before the trip. I check out the timeline, initially wanted to go to Manila – Butuan – Davao – South Cotabato – Davao del Sur – Davao Del Norte – Davao City – Manila itinerary. But, I change my mind because transferring to Butuan to Davao to Lake Sebu will consume so much time. I decide to go to Siargao Island in which I found out that there are several places I could explore in Siargao for non-surfer like me. There is so much that it would cost so much. I decided to have Manila – Butuan City – Surigao City – Siargao Island – Surigao – Davao City – Samal Island – Davao del Norte – Davao – Manila itinerary.

February 25, it was my flight to Butuan City. I am coughing out loud and caring for a flu for the past days. I went on hiking 1 week ago, prior to that went back from my Bohol trip. I was exhausted and exasperating in excitement that led me to sickness. So I pack my bags, make sure that everything on my checklist are securely put on my pack. My flight was change from 0740 to 13:25 which actually ruin my itinerary. I was supposed to tour in Butuan but decide to scratch it on the list. I went to the NAIA Terminal 3 way too early. 3 hours before the flight I landed in the airport. I thought traffic is heavy because portion of EDSA is closed because its a public holiday.

I just waited and abuse the free internet in the airport, listen to songs until my flight was called for boarding. It was a smooth flight of 1 hour to Butuan City. As I view the mountain range of Agusan, I was mesmerized and its just the start but its already worth it. I got out of Bancasi Airport, van dispatchers and travel agencies are now offering their services. I was starving; I ate in the canteen outside the airport. I order Tinolang Tuna and rice with a drink for Php 80.00. Then hop to the van going to Surigao City for Php 200.00. The original plan is taking Bachelor Bus to Surigao City but the terminal is about 5-10 minutes away from the airport. You need to walk from the airport to the highway and catch a multicab to Butuan Integrated Terminal if you want to catch the bus. Fare is almost the same or the bus is more expensive than van transfer.

From Butuan Airport to Surigao City will take a cruel 5-6 hours travel time. The van is stopping to pick up passengers which prolong the entire trip. I slept several times, asking if we are near yet its still far. Good thing that the place is too damn beautiful where the mountain range is meeting the blue waters of the sea. I could not agree no more. It’s night time when I arrive at Surigao Integrated Terminal. Some tricycle drivers offer service from the terminal to the Centro (downtown) for Php 50.00 but I decide to take the multicab instead for Php8.00 to Vasquez Street where most inns are located. I did not booked for one so I walk in to Golden Mile Pension Hauz.

Unfortunately their fan room for Php300.00 is under construction. Then it started to rain hard so I need to take immediate shelter. I haggle for their rooms since I will be staying for a good 8 hours. From Php850.00, they gave me the air-conditioned room for Php550.00. I am exhausted and starving from the trip. I walk around, found barbeque restaurant Zouk. Order myself rice, grilled chicken wings and chicken innards with carbonated drinks for Php78.00. Dig in, pay and went back to the hotel to call it a night.

I woke up around 0400, drink coffee and some of my biscuits. I arrange my pack then left the hotel then catch the first trip to Siargao Island. I was again way too early because I am too eager to reach Siargao. I have lots of activities to do in the island. I want have fun after the road trip that doesn’t seem to end. I will right the entire Siargao Island travel on my next blog. There is more in this island that won’t fit in this entry.

Manlalayag is Seafarer in Filipino. I want to be a pirate who travels to Collect Memories and Steal Happiness from the places I want to go.

My Solo Backpacking in Mindanao 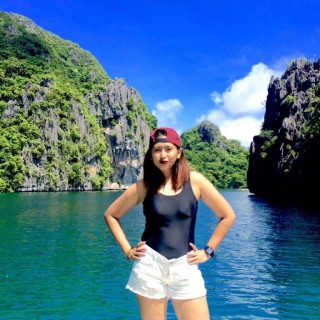 HEY, SOLE mates!! Let's go! Run like wind. Go out there. EXPLORE the world. I will start in the Philippines, go to 81 PROVINCES. Explore HUNDREDS of cities. Hike all the MOUNTAINS. Tent out in BEACHES. Swim the MAGNIFICENT river. Chase all the RAINBOWS. Inhale LIFE. Exhale PROBLEMS. Let's talk about our TRAVELS, HIKING TRICK and PARAPHERNALIA of a MANLALAYAG. - JEIWALKING AROUND THE WORLD